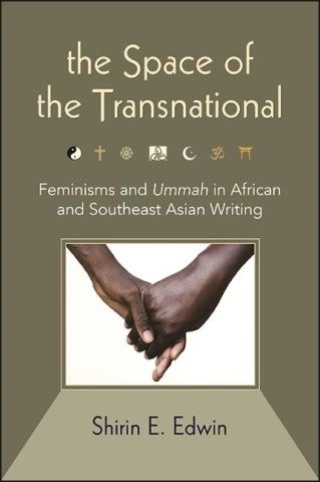 The Space of the Transnational

Feminisms and Ummah in African and Southeast Asian Writing

This book examines Muslim women's creative strategies of deploying religious concepts such as ummah, or community, to solve problems of domestic and communal violence, polygamous abuse, sterility, and heteronormativity. By closely reading and examining examples of ummah-building strategies in interfaith dialogues, exchanges, and encounters between Muslim and non-Muslim women in a selection of African and Southeast Asian fictions and essays, this book highlights women's assertive activisms to redefine transnationalism, understood as relationships across national boundaries, as transgeography. Ummah-building strategies shift the space of, or respatialize, transnational relationships, focusing on connections between communities, groups, and affiliations within the same nation. Such a respatialization also enables a more equitable and inclusive remediation of the citizenship of gendered and religious citizens to the nation-state and the transnational sphere of relationships.

Shirin E. Edwin: Shirin E. Edwin is Dean of the College of Liberal Arts at Metropolitan State University. She is a scholar of African literatures, women's studies, and Islamic studies. She has also served as a tenured Associate Professor of Comparative Literature at NYU Shanghai and as a tenured Associate Professor of French at Sam Houston State University.